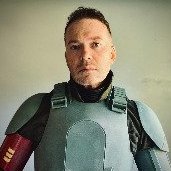 By BigJasoni
September 21, 2021 in Swamp Troopers