yup me too Shadowfire!  Haven't been on the boards in a long time.  Amazing progress on the crl you guys wow! I really hope you can get it over the line. Not sure if I can help but please message me i

Hello, I am Gio ct6244 from Ecuador, I was directed here by Barret Keener, I I a phase zero armor in a box and now that it's almost done the CRL draw I'd like to start my assembly. As many of you 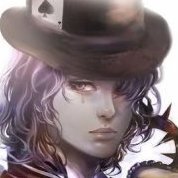 I do like the fan-made model, it's a pretty cool rendition of the Phase Zero, but it's actually quite a bit different from the canon version of it. Aside from the knee armor, the bolts are smaller, fo